We had watched something trashy on TV. Well, to be fair, we had all been half watching and half on our gadgets. I like to think I am down with the kids! James headed off to bed. I said to Tom not to be long, no he wouldn’t be long. Yeah, see you in the morning. I checked the front door. Put the cups in to the dishwasher. I headed upstairs. I cleaned my teeth. I got into bed. I checked my phone. Tom whispered across “Goodnight Dad” His bedroom door closed. The house was in darkness, except for my phone shining at me. I had a final check on my phone – all social media was analysed in case I missed anything. I turned off the phone.

As my eyes became accustomed to the dark, I knew something wasn’t right. I looked out of the window. Night time light saving, meant all street lights were now off. It was foggy. The downstairs toilet light was shining down our path. I went down stairs. The night lights had all be turned off. I got to the toilet. Checked the toilet. Empty. I checked the front door. It was unlocked. I went out. The outside light had been switched off. I looked down the street, each direction, it was empty.

I grabbed a torch, I went outside again, I shone the torch down the road, each direction was empty. It was now 01.30. It was cold. It was foggy. I went back in. I would give it half an hour. I have been advised by the police to ring and report him missing each and every time, especially after all the recent events. I waited, looking out of my bedroom window. Up and down the street. It just kept being empty. I tried to call him a couple of times, but started to get frustrated that it was taking time for my eyes to get used to the darkness, to see as far as possible down the street.

At 02.00 I called the police. The call handler knew our details, yes, she knew our past. Yes, she knew he was vulnerable..

My phone started to vibrate. Another call was coming through. It was Tom. I put the police lady on hold.

“No, I am scared. I am lost. I don’t know where I am. It’s too foggy” His voice was trembling.

“OK, I will call you straight back, I will get in the car. Keep your phone on. “

I went back to the police call handler, she was still there, I told her what Tom had said. I grabbed the car keys, I checked James was still asleep. I left the house. I called Tom back. He echoed through the car sound system. His voice and his fear surrounded me.

He didn’t know where he was. The street lights were out. It was cold. He couldn’t see anything he recognised. I told him to walk to the end of the road, see if there was a street sign

Nothing, there was nothing. He told me again he was cold, really cold.

The car lights just reflected off the wall of fog. I tried the fog lights, no difference.

I told him to walk along the road, keep walking, keep looking for something he recognised. I asked if any lights were on the houses, nothing, everyone was in bed.

I drove round the streets. Up and round and down and back. Nothing. Just fog.

He was tired. He was more cold. His voice was trembling more. He couldn’t describe anything. He couldn’t see anything he recognised. There was nothing. Just fog.

“Dad I need you, please” his voice echoed around the car. I asked how much power he had on his phone.

He was still walking, that was keeping him warm. We kept talking.

I flicked main beam on, off, on, off.

Silence. I could still hear him breathing, but there was silence.

I knew where he was. I told him to stand by the sign. Don’t move. He didn’t reply. The phone disconnected. His phone must have died. The display for the handsfree had reverted to the clock. It was 03.45

I turned the car round, I headed towards where I thought he would be. In the fog, through the fog, he came in to sight. He arms were wrapped around himself. As I got up alongside him I could see him shivering. He opened the door. He got in.

“My phone needs charging” he said

15 thoughts on “Through the Fog” 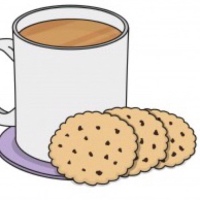 ...thoughts, news and views from a headteacher about supporting the needs of adopted children in schools.

The Art and Craft of Blogging

No More Than Twenty

...everything that won't fit in 140 characters

Our adoption journey with Bubble and Squeak

Herding Chickens and Other Adventures in Foster and Adoptive Care

These are the adventures of one family in foster care and adoption.